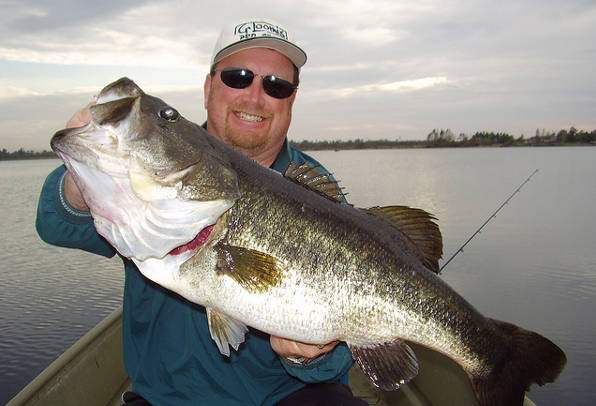 “Well, I’m excited about the chance at gaining a Classic berth, but otherwise there are other Central [Opens] I’m looking forward to more,” he said. “Lewisville has some good fish in it, but it’s not one of Texas’ best lakes.”

Lewisville Lake is a 29,500-acre impoundment on the Trinity River. It lies just northwest of Dallas and is almost always buzzing with anglers and pleasure boaters. The relatively small lake offers good fishing, but in select areas. This can make the lake seem crowded to a field of 150-plus anglers, which this Open expects to see. Such was the case in 2011. To win that event, Mark Tucker of St. Louis, Mo., had to find several out-of-the-way spots to catch his three-day, 15-bass total of 45-15.

According to McClelland, recent weather in the Dallas area could pose a new set of challenges to anglers for the 2012 derby.

“The lake has risen about 5 feet due to a bunch of rain in the area, and that should also put a little color in the water,” he said. “This higher water level has also given small bushes a chance to grow along the shoreline, so there should be a little more water available than usual.”

McClelland is an accomplished open-water fisherman, but will more than likely have to beat the bank with the rest of the field.

“I’m thinking there’s a chance of a crankbait and spinnerbait bite along the shore, but the water being up opens it up to a variety of baits,” he said. “However, I hope there’s a little clarity on the lower end so a hard jerkbait – like a Spro McStick – is effective.”

There’s nothing wrong with a jerkbait on Lewisville; it’s what Tucker used last year to secure a berth in the 2012 Bassmaster Classic in Shreveport-Bossier City, La., Feb. 24-26. The winner of the 2012 Lewisville Open – like all Opens – will receive a berth in the 2013 Classic on Oklahoma’s Grand Lake O’ the Ozarks, a thought that makes McClelland salivate.

“Any time a Classic berth is up for grabs, I’m going to fish hard, but I’m really going after it here at Lewisville since the next Classic is on Grand,” he said. McClelland is as familiar with the Oklahoma reservoir as any Elite Series pro.

Look for weights to be largely similar – if not a little heavier – to what they were in 2011, with 15 pounds a day easily seeing a top 12 finish.

“This is going to be a tough event, but sometimes events that are ‘grinds’ are some of the easiest to win,” McClelland said. “If you can get a little piece of the equation and unlock the lake, you’re in good position to get to the Classic. Someone’s going to win this thing, and it might as well be me.”

About B.A.S.S.
For more than 40 years, B.A.S.S. has served as the authority on bass fishing. The organization advances the sport through advocacy, outreach and an expansive tournament structure while connecting directly with the passionate community of bass anglers through its Bassmaster media vehicles.

The Bassmaster brand and its multimedia platforms are guided by a mission to serve all fishing fans. Through its industry-leading publications – Bassmaster Magazine and B.A.S.S. Times – comprehensive website Bassmaster.com and ESPN2 and Outdoor Channel television programming, Bassmaster provides rich, leading-edge content true to the lifestyle.

B.A.S.S. offers an array of services to its more than 500,000 members and remains focused on issues related to conservation and water access. The organization is headquartered in Birmingham, Ala.